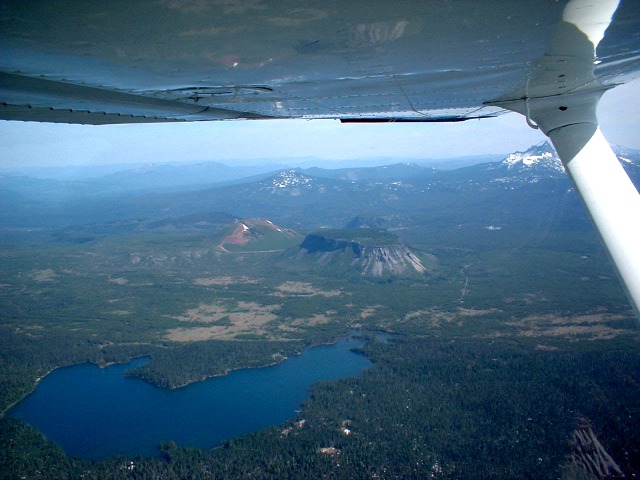 This site is nothing more than a few simple pages about my own (Jon Eggert) flight experiences and interest. My first flight was a $25 introductory flight from Inter-State Aviation in Pullman, Washington on April 28th, 2000. That's where I had my initial flight training. I finished my private pilot training in Corvallis, Oregon and earned my license on October 4, 2001. I'm a member of the Oregon State Flying Club in Corvallis.

My flying hours plummeted at the end of 2003 when my work kept me too busy to stay proficient. Except for a couple of short spurts since then, I've mostly stayed on the ground. I will pick it up again.

Flights When Someone Remembered a Camera

Over the Cascades to Redmond, January 13, 2002, with Markus Dietz of Köln, Germany.

The Dalles, Oregon and Mt. St. Helens in Washington, February 14, 2002, with Mike Merrifield.

Excursions With My Dad

My dad and I enjoy going to air shows and fly-ins. These are some of our bigger excursions.

This is a list of places I've flown and the date I first flew there.